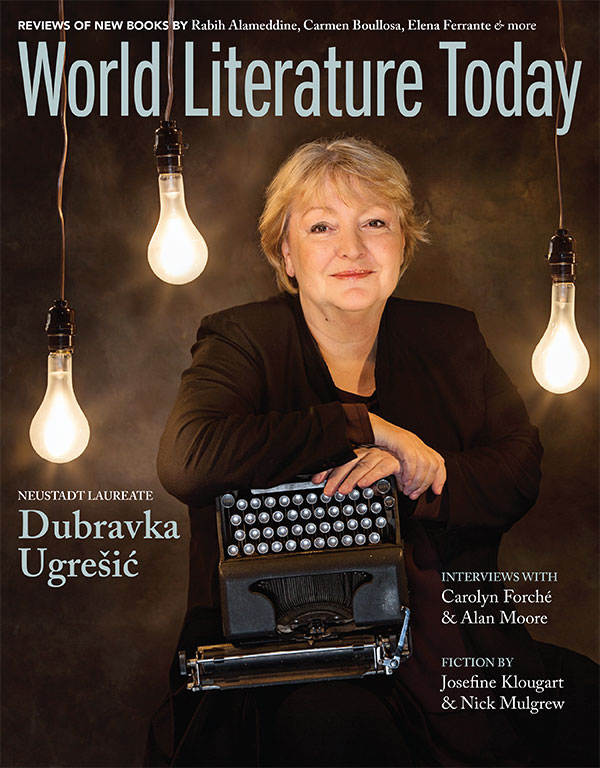 Take a look back at the 2016 Neustadt Festival through our newly released video highlights reel, or listen to these KGOU radio interviews with Neustadt Festival visiting writers and scholars Chad Post, Dragana Obradović, and Ellen Elias-Bursać, who spoke with Suzette Grillot while they were in town for the 2016 festival.

In this exclusive KGOU interview, Neustadt Prize laureate Dubravka Ugrešić expounds on her life in exile and “the literariness of literature.”

The January/February issue of World Literature Today features a special section on Dubravka Ugrešić that includes her keynote speech and essays about her writing and the impact of the 2016 Neustadt Festival.

Neustadt laureate David Malouf took his turn at being a radio DJ this month, joining Margaret Throsby on ABC Classic FM to provide his selection of three hours of classical music.

Via the LARB Radio Hour, novelist and recent Neustadt Prize juror Rabih Alameddine discusses his new novel and the structures of narratives outside the American mainstream.

In this newly penned article, Porochista Khakpour writes about being Iranian in America and how college campuses are the “only home my father and I have ever had” and asks, “How can I be a refugee twice?”

The stars of Neustadt finalist Caryl Churchill’s apocalyptic play, Escaped Alone, shared memories of favorite scenes and what parts of their performances brought them the most joy.