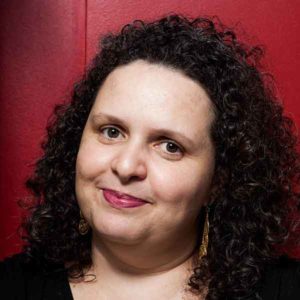 Socorro Acioli was born in Fortaleza, Ceará, Brazil. She is a journalist, has a master’s degree in Brazilian children’s literature, and a PhD in literary studies from the Universidade Federal Fluminense, Rio de Janeiro. She started her career in 2001 and since then has published books of various genres, such as the biographies Frei Tito (2001) and Rachel de Queiroz (2003), children’s short stories, and youth novels. In 2006 she was selected to take part in a workshop called How to Tell a Tale, conducted by the Nobel Prize winner Gabriel García Márquez at the San Antonio de Los Baños International Film and Television School, Cuba. García Márquez chose Acioli for her synopsis of the novel A cabeça do santo / The Head of the Saint, published in Brazil, London, France, and the US by Delacorte Press. The Head of the Saint was shortlisted for the Los Angeles Times Book Prize and chosen as one of the 50 best books in 2017 by New York Public Library. In 2007 Acioli was a visiting researcher at the International Youth Library in Munich, Germany. She has also given lectures in several countries and is a translator, essayist, and literary theory teacher. Nominee: Ana Maria Machado / Representative text: Me in the Middle 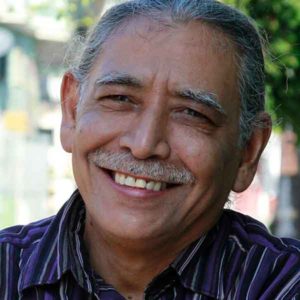 Jorge Argueta is a prizewinning poet and author of more than twenty children’s picture books, including Una película en mi almohada / A Movie in My Pillow (Children’s Book Press, 2001), Guacamole: Un poema para cocinar / A Cooking Poem (Groundwood Books, 2016), Agua, Agüita / Water, Little Water (Piñata Books, 2017), and Somos como las nubes / We Are Like the Clouds (Groundwood Books, 2016), which won the Lee Bennett Hopkins Poetry Award and was named to USBBY’s Outstanding International Book List, the ALA Notable Children’s Books, and the Cooperative Children’s Book Center Choices. En carne propia: Memoria poética / Flesh Wounds: A Poetic Memoir (Arte Público Press, 2017) is his adult poetry collection. In the spring of 2018 he was honored with the Courage to Act Award by the California Association for Bilingual Education, and his trilingual picture book, Agua, Agüita / Water, Little Water, won the inaugural Campoy-Ada Award in Children’s Poetry given by the Academia Norteamericana de la Lengua Española. He is also the founder of the Library of Dreams in El Salvador, a nonprofit organization that promotes literacy in both rural and metropolitan areas of El Salvador. Jorge lives and works in San Francisco, California, and El Salvador. Nominee: René Colato Laínez / Representative text: Telegrams to Heaven: The Childhood of Archbishop Óscar Arnulfo Romero 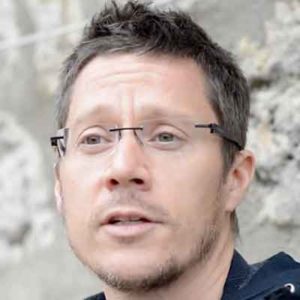 Chris Haughton is an Irish author/illustrator based in London. He was listed in Time magazine’s “Design 100” for the work he has been doing for the fair-trade clothing company People Tree. He has written and illustrated four books: A Bit Lost, Oh No George!, Shh! We Have a Plan, and Goodnight Everyone. His iOS app, Hat Monkey, came out in 2014, and his virtual reality experience, Little Earth, launched in August 2017. Chris has also created a social business, madebynode.com, to connect design and fair trade and make rugs and toys. Nominee: Isabel Minhós Martins / Representative text: Where Do We Go When We Disappear? 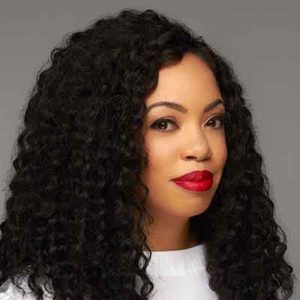 Tiffany D. Jackson is the author of the NAACP Image Award–nominated, critically acclaimed debut Allegedly and forthcoming Monday’s Not Coming (HarperCollins / Katherine Tegen Books). A TV professional by day, Jackson has over a decade of experience in the television industry, working for various networks and media companies including National Geographic (focused on documentaries such as Lockdown, a prison subculture series). In 2009 she wrote and directed the short horror film The Field Trip, receiving praise in the film festival circuit. She received her bachelor of arts in film from Howard University and her master of arts in media studies from The New School University. A Brooklyn native, she is a lover of naps, cookie dough, and beaches, currently residing in the borough she loves with her adorable Chihuahua, Oscar, most likely multitasking. Nominee: Renée Watson / Representative text: Piecing Me Together 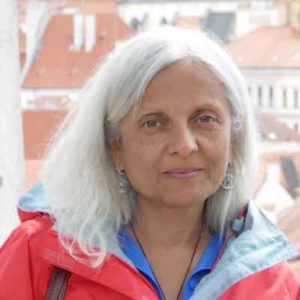 Uma Krishnaswami was born in India and now lives in Victoria, British Columbia. She has been writing books, poems, and short stories for young readers since the last century. Her story collection, The Broken Tusk: Stories of the Hindu God Ganesha, has been in print continuously for twenty-two years. Uma’s historical middle-grade novel, Step Up to the Plate, Maria Singh, is the 2017 winner of the APAAL (Asian Pacific American Award for Literature) in the children’s literature category. Her chapter book, Book Uncle and Me, won the International Literacy Association’s Social Justice Literature Award and is on the USBBY Outstanding International Books list. Krishnaswami teaches in the MFA program in Writing for Children and Young Adults at Vermont College of Fine Arts. Nominee: Beverley Naidoo / Representative text: Out of Bounds: Seven Stories of Conflict and Hope 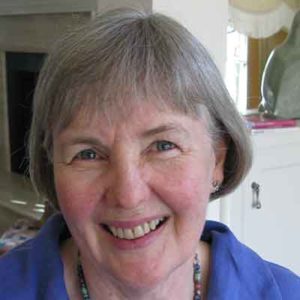 Kit Pearson was born in Edmonton, Alberta, in 1947. She worked for ten years as a children’s librarian in Ontario and British Columbia and received her MA from the Simmons College Center for the study of Children’s Literature in Boston. Since 1986 she has written eleven novels, a picture book, and an anthology. Two of her novels, A Handful of Time and Awake and Dreaming, are fantasies; the rest are set in the past from 1812 to 1962. They have been published in Canada in English and French and in the US, Australia, New Zealand, Japan, the Netherlands, Germany, Great Britain, France, China, and Korea. Kit has won seventeen awards for her writing, including the B.C. Lieutenant Governor’s Award for Literary Excellence in 2014. Her latest novel, A Day of Signs and Wonders, is about one day in the life of the artist Emily Carr when she was nine. Kit will have two new books published in 2019: Be My Love, about a young teen in 1951 realizing she is a lesbian; and The Magic Boat, a picture book written with her partner, Katherine Farris. Kit and Katherine live in Victoria, B.C., with their two dogs. For more information see kitpearson.com. Nominee: Hilary McKay / Representative text: Saffy’s Angel 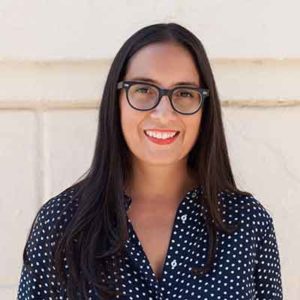 Lilliam Rivera is the author of The Education of Margot Sanchez, a contemporary young-adult novel from Simon & Schuster available now in bookstores everywhere. The novel was nominated for a 2017 Best Fiction for Young Adult Fiction by the Young Adult Library Services Association (YALSA) and has been featured on NPR, New York Times Book Review, New York magazine, MTV.com, and Teen Vogue, among others. Named a “2017 Face to Watch” by the Los Angeles Times, Rivera’s second young-adult novel, Dealing in Dreams, is forthcoming from Simon & Schuster in March 2019. Nominee: Margarita Engle / Representative text: Enchanted Air 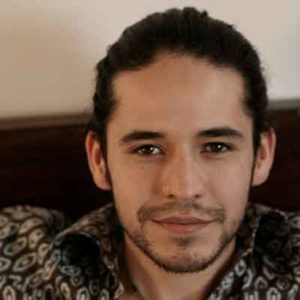 Duncan Tonatiuh is the author-illustrator of Dear Primo, Diego Rivera: His World and Ours, Pancho Rabbit and the Coyote, Separate Is Never Equal, Funny Bones, The Princess and the Warrior, and Danza! He is the illustrator of Esquivel! and Salsa. His books have received multiple accolades, among them the Pura Belpré Medal, the Sibert Medal, The Tomás Rivera Mexican-American Children’s Book Award, the Américas Award, the Jane Addams Children’s Book Award, and the New York Times Best Illustrated Children’s Book Award. Both Mexican and American, he grew up in San Miguel de Allende, Mexico, and graduated from Parsons School of Design in New York City. His artwork is inspired by pre-Columbian art, particularly that of the Mixtec codex. His aim is to create images and stories that honor the past but that are relevant to people, especially children, today. Nominee: Yuyi Morales / Representative text: Just a Minute: A Trickster Tale and Counting Book 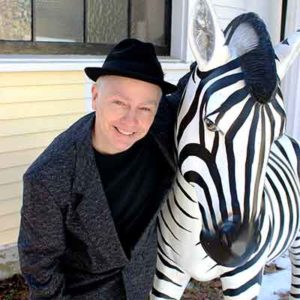 Jonah Winter is the award-winning author of more than thirty nonfiction picture books that promote social justice, facts, and artistic expression, including New York Times best illustrated books Diego, Here Comes the Garbage Barge! and Ruth Bader Ginsburg: The Case of RBG vs. Inequality—along with New York Times best-seller Barack, New York Times editors’ choice You Never Heard of Willie Mays?!, and New York Times notable My Name Is James Madison Hemings. Recent books include The Founding Fathers! (illustrated by New Yorker cover artist Barry Blitt) and Lillian’s Right to Vote: A Celebration of the Voting Rights Act of 1965, a Kirkus Prize finalist and Jane Addams Children’s Book Awardee, and The Secret Project, about the making of the atom bomb. Winter is also the author of two children’s books of which he is also the illustrator, Fair Ball: 14 Great Stars from Baseball’s Negro Leagues and Béisbol: Latino Baseball Pioneers and Legends, and of two volumes of poetry for adults, Maine and Amnesia. In 2019 he has three forthcoming nonfiction picture books coming out—Elvis Is King, Thurgood, and Oil (about the Exxon Valdez oil spill)—and one fictional picture book, The Sad Little Fact. Nominee: Jeanette Winter / Representative text: The Librarian of Basra