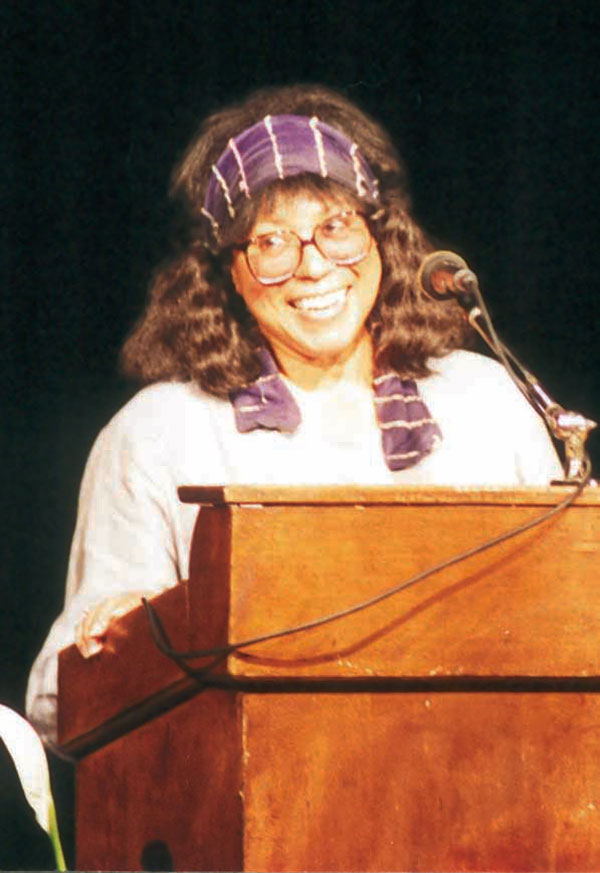 “As the first recipient of this landmark prize, Mildred D. Taylor will help remind the world of the importance — in fact, the urgency — of high quality children’s and young adult literature. She is a superb and deeply moving writer, and her selection as the first NSK laureate will set a very high standard for the many NSK awards that will follow.”—Robert Con Davis-Undiano, World Literature Today executive director

Mildred D. Taylor (b. 1943) was born in Jackson, Mississippi, but her family left soon after she was born because of racial tensions so prevalent during the time. She spent her childhood in Toledo, Ohio, but would return to the South every year with her family, and the stories she heard while visiting are often the basis for her books. After graduating from the University of Toledo in 1965, she spent two years abroad in Ethiopia with the Peace Corps. She received her Masters degree from the University of Colorado, where she was an instrumental force in the creation of the Black Studies Program there. Her first book, Song of the Trees, was published in 1975 by Dial Books, and marked the beginning of a five-volume saga following the Logan family. Roll of Thunder, Hear My Cry is the middle in this series and the book for which Taylor is most known. In 2004, the state of Mississippi honored Taylor by declaring April 2 thenceforth “Mildred D. Taylor Day.”

In her nominating statement, Dianne Johnson said of Taylor, “Part of Mildren Taylor’s genius is that she manages to paint full individual human beings and simultaneously paint a communal story…. Page after page, episode after episode, her writing stirs the passions of her readers.” (“Author Profile: Mildred D. Taylor,” WLT Vol. 78, May – Aug. 2004)

In addition to her NSK Prize, Taylor received the Newberry Honor Medal for Roll of Thunder, Hear My Cry in 1977. Her books Let the Circle Be Unbroken and The Friendshipboth won Coretta Scott King Awards in 1982 and 1984, respectively.

“My father and the other storytellers told my family’s history truly, and it is this history that I have related in my books. When there was humor, my family passed it on. When there was tragedy, they passed it on. When the words hurt, they passed them on. My stories will not be ‘politically correct,’ so there are those who will be offended by them, but as we all know, racism is offensive. It is not polite, and it is full of pain.”—Mildred D. Taylor, “My Life as a Writer,” World Literature Today (May 2004)

“In the years between receiving the Newbery Medal and the NSK Prize, my books have been given many honors, but this honor is special because being named a laureate means I have achieved a recognition of excellence for all my work as a writer, and being named the very first NSK Laureate at the University of Oklahoma gives my work even greater distinction.”