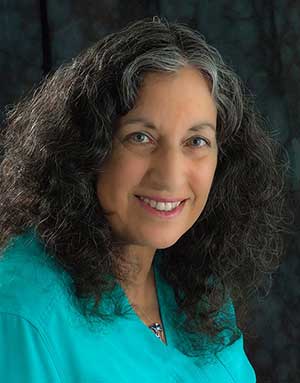 World Literature Today, the University of Oklahoma’s award-winning magazine of international literature and culture, today announced Margarita Engle as the winner of the 2019 NSK Neustadt Prize for Children’s Literature. Awarded in alternating years with the prestigious Neustadt International Prize for Literature, the biennial NSK Prize recognizes outstanding achievement in the world of children’s and young-adult literature.

Engle (b. 1951) is the Cuban American author of many verse novels. Her books have received multiple awards and honors, including the Newbery Honor for The Surrender Tree and a PEN USA Award for The Lightning Dreamer. She is the 2017–2019 national Young People’s Poet Laureate and USBBY’s 2019 nominee for the Astrid Lindgren Award, the world’s most renowned prize for children’s literature.

“Margarita Engle is a writer near the pinnacle of young-adult and children’s literature,” noted Robert Con Davis-Undiano, World Literature Today’s executive director. “I’m so proud that the NSK Neustadt Prize will be the award pushing her to the top in terms of recognition.”

Lilliam Rivera, the award-winning author of the young-adult novels Dealing in Dreams and The Education of Margot Sanchez, nominated Engle for the NSK Prize and chose her verse memoir, Enchanted Air, as the representative text for the jury to read. Enchanted Air tells the story of Engle’s childhood summers in Cuba, where she developed a deep bond with her mother’s extended family, Cuban culture and tropical nature. “Not only is Engle writing universal tales of young voices finding their place in the world, her beautiful words convey their dreams and wishes,” Rivera wrote in her nominating statement. “The recurrent theme of hope prevails.”

Kathy Neustadt, representing the Neustadt family, made the announcement at the annual Neustadt Lit Fest’s opening-night reception celebrating Edwidge Danticat, winner of the 2018 Neustadt International Prize for Literature. The next lit fest will be given in Engle’s honor at the University of Oklahoma in fall 2019, October 15-17.

Highly respected within the literary community for its recognition of excellence, the NSK Prize was first given in 2003 to inaugural recipient Mildred D. Taylor, author of Roll of Thunder, Hear My Cry. Additional past winners have included Brian Doyle (2005), Katherine Paterson (2007), Vera B. Williams (2009), Virginia Euwer Wolff (2011), Naomi Shihab Nye (2013), Meshack Asare (2015) and Marilyn Nelson (2017).

An esteemed panel of authors selects both the finalists and the winner based solely on literary merit as well as the perceived importance of an artist’s overall contribution to children’s literature. NSK winners are awarded $35,000, a silver medallion and a certificate of recognition.

Founded in 1927, World Literature Today serves the international, state and university communities by achieving excellence as a literary publication, a sponsor of literary prizes and a cultural center for students. Now in its 10th decade of continuous publication, World Literature Today has been recognized by the Nobel Prize committee as one of the “best edited and most informative literary publications” in the world and was recently called “an excellent source of writings from around the globe by authors who write as if their lives depend on it” (Utne Reader).